I follow cricket, but cannot say I’m an avid fan of the game. Over the weekend, i found myself watching various clips from Sibos 2018, one of which was a Breakfast Keynote by Australian cricketer Steve Waugh. It was a fascinating keynote so much so i summarised the leadership lessons provided by Steve. 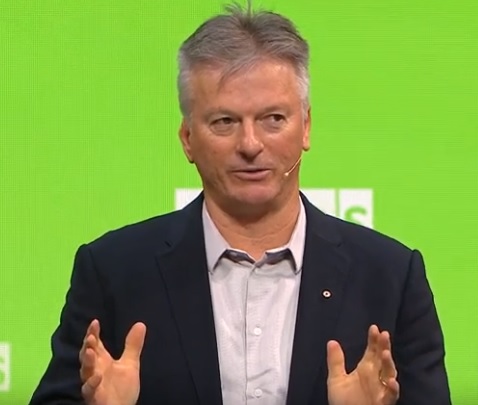 You get the idea…!

1. Early Years of Self Doubt, Failure and Glimpses of Success

Despite the successes outlined above, Steve described his early cricketing years of self doubt, failure and glimpses of success. But these failures taught Steve some key lessons from which he was able to learn and grow.

2. In the early years, the Managers job was to make sure the Beers were nice and Cold

In the early years, it was a matter of survival. You need to set your goals high, and you need good leadership to help you navigate the right course.

4. You Need to Change Your Mantra, Your Attitude and Pay Attention to the Details

The Australian cricket team turn-around started in 1987 World Cup in India, where the team were 16-1 outsiders and ended up winning the tournament! For the first time the team took a professional coach (Bob Simpson) who made key changes:

5. Set Yourself some Goals as a Team

Pretty simple, really. The players wanted to be the best team in the world – Test cricket and 1-Day cricket.

6. Respect the Past, Create Your Own Future and Leave Your Own Legacy

This is interesting, Steve talks about respecting the past and following in the footsteps of past leaders. But equally important is to create your own future and leave your own legacy. Each cricket match was seen as an opportunity to do just that – to improve and set the bar higher.

An ethic was created whereby each victory was assessed, reviewed and improved upon. Ultimately the players wanted to reach their full potential.

7. Don’t be Complacent – Imagine Yourself as the Number 2 Side

Train and prepare like you’re the number 2 side. Never under-estimate your opposition and continue to push yourself and each other.

8. Enjoy each others company, have a sense of Passion and Fun

This Steve suggests is often forgotten, and when your in a team, you need to gel together and enjoy each others company. Steve warned, if you don’t do this, its going to be a long day at the office!

9. Take a Successful Blueprint from others, and Tweak it

For the Australian team it was by looking at the successful and unbeatable West Indies team of the 1980s which possessed:

Steve talks about “Smart people learn from smarter people and better organisations and tweak it to suit themselves”. The Australian’s tweaked the blueprint by “putting constant and relentless pressure on their opposition by exerting excellent skills”.

10. As a Leader Dynamics Changes and You Need to Make Tough Decisions

Dynamics change such that as a leader people will treat you differently. Initially Steve explains how he tried to lead by consensus and please the team – but as the saying goes – you cant please everyone all the time and need to trust your instincts and your own morals.

You’re picked as a leader to make tough decisions.

11. As a Leader you want to be Liked & Respected, to be Respected is most Important

12. You Need Loyalty to your Organisation and Team

The above example was a decision on behalf of the team, and the emotional and personal relationships within the team had to be put on to one side.

The current climate can sometimes demand instant success and when this doesn’t transpire, there is often an immediate need for change. This can lead to the loss of the character of an organisation and self belief in individuals. Knowing that their head is on the line can lead  individuals to put their needs ahead of the organisation and in the long term this can be a problem. There needs to be room for some mistakes and flair – see below – but to a point!

There are non-negotiables, see point 4 above, but you need to recognise and make space for individual flair and charisma of individual players and allow them to play their own game

14. Maximise Peoples Potential by putting them out of their Comfort Zone

Often people don’t know what they are capable of until they are put in a certain situation. Sometimes people can just do things when they don’t over-think the situation too much.

Steve goes on to explain that you need to put in the hard work and lay a good foundation. This allows you to be calm under pressure, and when you’re put under stressful conditions you’re not hoping you can deal with the situation, you have the confidence and know you can deal with it!

15. Attitudes are Contagious, Is Yours Worth Catching? – Steve Waugh

Steve explains this was about perception. Do you want to be seen as a role-model and others to follow in your footsteps? Are you positive, trying to improve and become a better person?

While life is about persistence and perseverance, often it boils down to your attitude. Positive body language, purpose and intent will flow across your personal and business life.