What the Bank of England Really Thinks About Cryptocurrencies 1

Last week the Bank of England Governor. Mark Carney, talked to some students at Edinburgh University about the Future of Money. The speech hit the headlines last week because Mark describing cryptocurrencies as a failure, that needed to be regulated. Its investors were described as fools, while at the same time Mark Carney recognised the benefits of innovative underlying technology. Its pretty hard hitting stuff, so i thought I’d take a deeper look at what exactly was was said. You can see the speech here, or review my recap below.

To answer this Mark referenced Adam Smith in The Wealth of Nations, which describes money as:

With this in mind, Mark explains that money is a social convention – “We accept that a token has value whether made of metal, polymer or code because we expect that others will also do so readily and easily“. 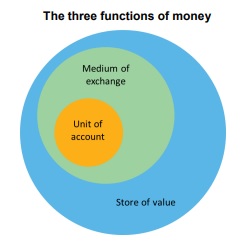 Source: Bank of England – The Future of Money – Speech by Mark Carney

These tokens have changed over time.

2. The Origins of the Bank of England

The Bank of England was founded in 1694 by William Paterson (a Scot) to “promote the good of people” by:

The 1844 Bank Charter Act led to the Bank of England being the only bank that could issue notes in England and Wales.

3. The Role of Central Banks

When it comes to money, through history governments and leaders have let their citizens down by devaluing the currency. As a result, many countries have sought to protect the public by creating:

Money is linked by retail and wholesale payment systems, which are intricately linked and critical to the strength of the overall system:

Central banks have an obligation to ensure appropriate competition, regulation, protection of bank notes from fraud, creation of payment systems, introduction of monetary policy supporting the integrity of the financial system. Mark Carney shared that this comprehensive framework makes it very difficult for other forms of money to compete with sterling (in the UK), enter virtual or ‘crypto’ currencies…

4. The Origins of Cryptocurrencies

Cryptocurrencies came about following the:

Mark highlighted the following reasons why cryptocurrencies are more trusted than fiat currencies:

Mark Carney believes that cryptocurrencies are failing to act as an alternative form of money, working for only some people. Mark continues to state the following reasons:

The main reason stated by Mark to be wary of cryptocurrencies is that over the long term value there is uncertainty whether they will become successful media of exchange arguing:

6. The Bank of England Response to Cryptocurrencies or rather Crypto-Assets

Mark disagrees with the stance taken in China to ban cryptocurrencies (by bannign exchanges, financial institutions and paym using them), highlighting that this halts the potential opportunities presented by the underlying payment technologies

This is the option favoured by Mark and the Bank of England, indicating that the crypto-asset ecosystem should be held to the same standards as the rest of the financial system. Enjoying the privileges and the responsibility. As a result authorities in the EU and US are requiring crypto-exchanges to obide by the same level of rules and regulations as financial institutions.


Thanks for stopping by – Take a look around…!!

7. The Future of Money

Mark candidly shares that he does not see crypto-assets as the future of money, but accepts that the core technology is important. In fact, Mark points to 3 factors that he believes show that crypto-assets point to the future: