The KPMG Pulse of Fintech report is a must read for anybody interested in technology and financial services. And the current installation The Pulse of Fintech Q4 2017 is doubly noteworthy since it both recaps the state of fintech in 2017 and also looks ahead with some predictions for fintech in 2018. Read the report for full details, following is a summary:

2\ Corporate Venture Capital (CVC) get in on the action

3\ There were fewer, although still significant, Mega-Deals

4\ The Fintech sector is relatively Fresh

7\ The Nature of Fintech investors is changing

8\ Corporate investors are getting Strategic

10\ Everybody is Watching Blockchain

11\ InsurTech was the Darling of Fintech Investment 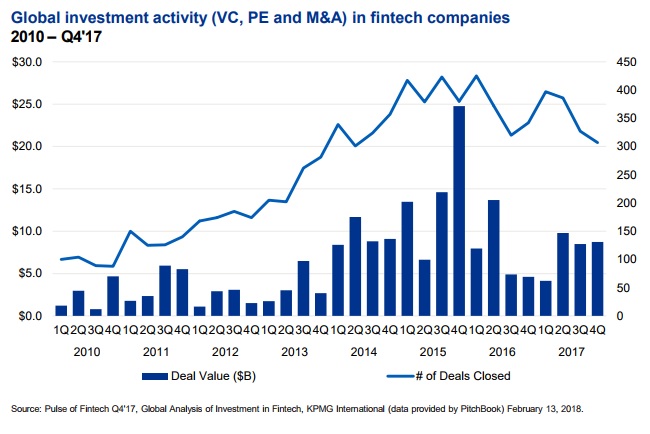 1\ AI goes from Strength to Strength

3\ Collaboration is the name of the Game

4\ The Next Generation of Digital Lending